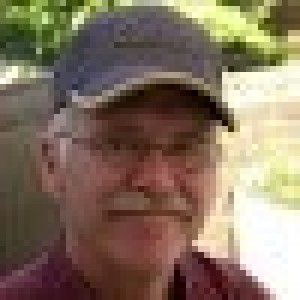 How does a person maximize his or her potential and keep from being a "might-have-been?

In sports there is a word that always makes me cringe. It is the word, “potential.” It can mean that an athlete has yet to be tried on the field of competition, or it can mean that an athlete has the skills to make it to the next level, but has somehow failed to achieve it. In one sense it all has to do with the tense of the question. It can be said, “He has so much potential,” or “He had so much potential.” So how does a person maximize his or her potential and keep from being a “might-have-been?

When I think of potential, in the positive and negative sense, there are a few people who come to mind. Many of the teams in last month’s NCAA Tournament come to mind! One fellow in the Bible who comes to mind is a fellow named Mark. When Mark was young he was identified as a man with potential. He was young, enthusiastic and hungry. But how he maximized his potential is a journey worth telling.

John Mark had it all. He was from a good family, he lived in a good neighborhood, and he went to a nice church and was a good Christian young man. He was also related to one of the church leaders, his uncle Barnabas. His potential put him in the position to join his uncle and the Apostle Paul on their first missionary journey. Perhaps it was that Mark was always successful, or that he had not experienced real trouble, or maybe he was just homesick. Whatever it was, half way through their journey Mark left Barnabas and Paul and returned home. Mark’s heart probably sank as he heard “He had so much potential!”

Mark’s failure became the basis for his success. Like many people Mark failed forward, and this is how he did it. When Barnabas and Paul returned from their journey they gave a great report. Mark was moved and motivated by the report. He thought that he had grown up a bit and wanted to join in the next trip. Paul did not want Mark to be involved, because he saw Mark as a liability. Mark’s uncle Barnabas instead decided to pour himself into Marks life. Barnabas realized that his young nephew needed to grow emotionally, seek to think biblically, develop resiliency and learn to serve enthusiastically.

Success is a dangerous thing for an emotionally immature person. It is easy for someone who has not been tested to have a limited vision of how hard it is to become successful. John Mark had potential, but his emotional maturity hindered his success. For Mark to maximize his potential meant that Mark had to work through his emotional immaturity. One of the primary ways that a person can become emotionally mature is through the mentoring of an older and more mature person. Someone who can help a person with potential to see the way things are and the way thing can be and to be patient with the way things should be.

When a person is not emotionally mature they often do not see the world with a biblical perspective, sometimes called a worldview. A worldview is exactly that, it is a view of the world based on our basic belief concerning how did we get here, who we are, what is our purpose in the world and is there anything else but this life. A biblical worldview tells us that God created all that there is, He made us special and unique, our ultimate purpose is to know God through Jesus Christ and to live lives that honor God and one day our body and soul will be united and we will spend eternity with God and all those who love Him. When a person has a faulty worldview it is like having on a pair of glasses with the wrong lenses. Everything will look strange and little will make sense. A biblical worldview allows the man or woman with potential to make sense out of their world.

Success is a dangerous thing for a person who has not developed resiliency. After some years Barnabas introduced Mark to the Apostle Peter. Since Peter was one of the leading Apostles there was a lot of travel involved in hanging around Peter. It must have been hard for Mark to be on his own, but he was with a man who had been through some pretty terrible personal and professional moments and had come out on top. Peter’s life was a series of events where he failed forward. Peter had been made the leader of Jesus’ disciples, but he constantly put his foot in his mouth. Peter denied knowing Jesus at the worse possible moment, but Jesus led him into repentance and restoration. There were other seasons of failure in Peter’s life that made him into a success. Peter also traveled the world strengthening churches even when the government opposed Christianity. And, Peter allowed Mark to join in these experiences which helped Mark to develop the thick skin of a person who could learn from mistakes.

Success is a dangerous thing for a person who has not learned to serve enthusiastically.  Servant leadership is not something that came naturally to Mark. Mark had an entitlement attitude when he started out. He unfortunately made the mistake of thinking that success in life was about him. He should have realized that those who lead the best are also able to serve with enthusiasm. Servants know that helping others succeed will teach them about leadership. Mark did eventually learn to serve. He learned to serve Barnabas, Peter, work with peers and lead with humility.

Mark started out with a lot of potential. His failure on his first journey away from home was the beginning of his success. Thanks to the efforts of godly and mature people Mark developed emotional maturity, a biblical worldview, resiliency and a servant attitude. In the end Mark endured hardship, was a significant contributor to the church and served the church by copying the sermons of Peter. These sermons became the basis of the Gospel of Mark. I bet as an old man Mark heard people say, “He really reached his potential!” Yes he did, by failing forward he really did make it to the next level.