The Race, Part One: Barriers

As we go through life, we quickly become accustomed to barriers. One of the most insidious is the barrier we place between ourselves and God.

I once heard a description of Roger Bannister’s training regimen. If the name draws a blank for you, Roger Bannister was the first runner to complete a four-minute mile. While training, Bannister would run to the point of dropping to the ground from sheer exhaustion. He became aware that every time he would reach that exhaustion point, he was farther along than when he’d reached that point on the previous attempt. Also, his time kept improving. His conclusion: a four-minute mile (long considered an impossible accomplishment) was within reach. Specifically, it was within his reach. He reasoned that, rather than being a physical limitation, it was instead a mental limitation. 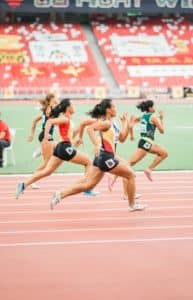 Within months after breaking the four-minute mile, scores of runners broke that same “barrier.”

As we go through life, we quickly become accustomed to barriers. One of the most insidious is the barrier we place between ourselves and God.

I would argue that many of us who believe and accept that Jesus Christ was the Son of God, and who died for us, still employ an Old Testament mentality in our dealings with God.

Before Jesus, God gave the law to the Israelites. Knowing that people were bound to disobey the law (sin), God established a means of atonement through sacrifice. Specific types of animals that met strict criteria were to be butchered and burned in a certain way. Thus, atonement for sin was a cumbersome process.

Sanctuaries were put in place so those who may be guilty of murder could flee to one of those cities to await judgment.

Punishment could come in the form of stoning.

Then along came Jesus, who provided a New Way. 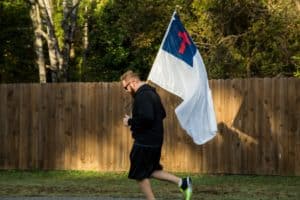 Throughout the Gospels, Jesus teaches the way to live a life that not only is harmonious in terms of relationship with one another, but also pleasing in the sight of the Father.

From the Beatitudes to His forgiveness of those who nailed him to the Cross, Jesus gave us the truest example of how to live.

No more fleeing to another city to await judgment.

God’s anger with me is strong and punishment is coming.

I need to offer something to satisfy God’s anger with me.

With all the things I’ve done in my life, there’s no way I can be forgiven.

Why should I forgive him/her? Doesn’t God know what he/she did?*

Do these sound familiar?

The Adversary uses self-condemnation to erect barriers between us and God.

In order to destroy those barriers, I offer the following suggestions based on my experience.

I pray for the Holy Spirit to come into me. This gift from Jesus is beyond compare. He (the Holy Spirit) brings a sense of peace and serenity. He nudges me to speak…and when to keep my mouth shut (the latter occurs much, much more often than the former in my life). 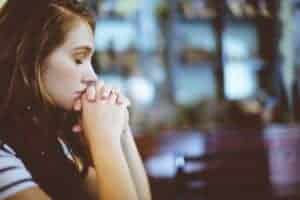 I pray for forgiveness for my transgressions. I don’t employ fancy language, because that is another one of those barriers. I believe God seeks earnest apology with plain language. I believe God seeks a penitent heart. As with Bannister on the way to his goal, we will fall. We should aim for our falls to be with progressively longer periods between them.

I pray in the name of Jesus. While He was among us, Jesus stated that if we ask for anything of the Father in His name, we will receive it. That’s beyond powerful.

I set aside time every day to study the Word.

I don’t deny my Savior. While there are many who are bolder than I with their faith, I don’t shy away from the conversation when faith is the topic. Since you’re reading these words, I write about my beliefs. But I have a lot of room to grow in this area (along with many others).

Speaking of which, how about the forgiveness of others? If you ask for it from Above, should you not forgive those who are here with us? Put the stones down.

Jesus is the gateway to God the Father. And our Father delights in us. We need to take the yoke off of ourselves, and we need to shed our Old Testament way of thinking.

Jesus is the Way, the Truth, and the Life. And he loves us.

*Of course God knows. Be the bigger person and follow the Nudge.